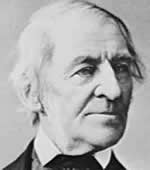 In the Plaza there is an open walled structure with twelve pillars. This is called the Old Market. Formerly it was called the Slave Market. We hear time and again that this was never really a slave market. Legit historians and psuedo revisionists claim that the slaves were never traded here but that slaves brought goods to trade or sell for their master . Maybe so, but in 1826 Ralph Waldo Emerson writes in his journals that he witnessed slave auctions in this very Market that was built when the British took over from Spain. When mentioned to a docent with the Historic Society she replied that "He must've been mistaken". Historian and author,Patricia Griffin who we referenced here before wrote a slim pamphlet in 1995 regarding Emerson's time in St. Augustine. It can be purchased for a dollar at the Old St. Augustine Village.
Posted by Karl at 10:16 AM