The Pope is Coming ,Everybody Run!!! 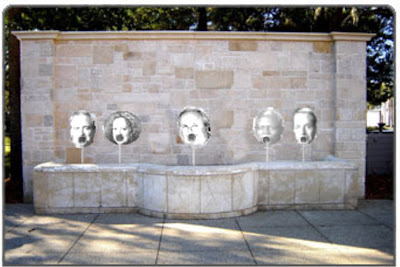 click to enlarge
The City Commission last night, discussed possible attention getting ideas to celebrate the 450th anniversary of St. Augustine. Heresay is that one Commissioner thought that the Pope should be invited. We agree. It would be great if His Holiness would deliver an address on the "Bull of Borgia" whereby Pope Alexander VI announced to the New World natives that every three months, the Indians were to surrender a hawk's bell filled with gold dust. In return they were given a copper token stamped with the date. Those who were found without a current token had their hands amputated as an example to others. Others who resisted were fed to the savage Spanish dogs. More on the Spanish Inquisition in the New World. NOTE: We are not certain of the veracity of the referenced website.