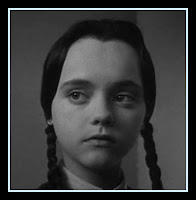 Robin Upchurch has decided that the Plaza De La Constitucion is now a "passive park". She states in an ordinance proposal that the plaza has "historically been utilized as a passive park for citizens, visitors and tourists alike". We've got to wonder what city and what park she is referencing. Since day one of the nations oldest park (1588),this plaza has been the business , government and social center for colonials and contemporary folks. Dr. Adams the City Historian told us yesterday that to state that this is historically a passive park is grossly incorrect.

What is a passive park?" The City of Nashville Tennessee (an historic community) has a standard definition in their ordinances as follows:


"Park, passive" means any outdoor facility that is: 1. Open to the public for any passive recreational activity such as hiking, biking, swimming, boating and camping; and 2. Maintained predominately in a natural state.

"Park, active" means any outdoor facility that: 1. Includes permanent structures such as pavilions, playgrounds, swimming pools, bleachers; and/or 2. Allows for uses such as organized team sports or serves as or features a cultural, historical or archaeological attraction; and 3. Is open to the public.

It should be clear even to a person not yet born when Dr. King was arrested for trespass in the
Plaza, that this is an "active park". Last night a hundred kids were there in costume for the Halloween costume contest. City records indicate that over 150 permitted events have been held in the Plaza over the last 36 months. This does not include weddings in the gazebo, at least one a week.

Our City (C)ommission relies solely upon whatever the City's crack legal team of Brown and Upchurch puts forth. When the two attorney Commissioners were reminded by one of our artists of their First Amendment law school lectures they looked at each other with what the public has come to know as the "Commissioner's Smirk". To these cynics it is apparently unrealistic and naive to feel that the founding fathers meant for the Bill of Rights to be taken literally.

Most of Downtown st. Augustine has been removed as a venue for the open air artists. We may set up in the neighborhoods around the downtown districts (we may see some kids and neighborhood strollers) Our display may not exceed 3 feet x 3 feet. Postcard art! Miniatures! Come see the smallest art displays in Florida !

We have never resorted to name calling and personal remarks here at Art In The Market. Here is our straight ahead response.

" You bloated trough hogs are simply showing your ignorance not just about art but about the determination of some of us to preserve our rights. We are in a town of poorly formed characters whose self important strutting and preening is so patently obvious. Your success in obtaining low political office gives you the satisfaction of having citizens come to you hat in hand requesting what should be their inherent rights. Get some perspective here. This is a small southern U.S.town whose provincial attitudes are remarkably retrograde.

We have seen yawns, smirks and complete indifference to the citizens of this town. Mayor Joe Boles' flippant attitude toward the marginal citizens of this community is not funny and the good ole boy act wears thin. This Commission has treated the artists rudely and dismissively. We can assure you that some of us have credentials in our field that equal or exceed yours in your field. You just don't get it! If you do then you are the worst kind of public official. You are kissing the hindparts of the small minority of landlords whose properties were earned by their grandparents or generatrions back.

Citizens and tourists have come forth to say that the five or six artists in the Plaza are an asset to the community. Where are the naysayers? Does anyone have the huevos to come tell us what is the problem? Safety Hazard? Blocking tourists from enjoying the Plaza? These are statements from the City attorney's office. If you have been to the Plaza within the past ten months you know that this is a plain lie. yet the commission swallows this and will be voting in an illegal ordinance on 11-13.

These remarks are directed at the money grubbing, cowardly complainers who hide behind their cash registers or their elected and paid for public officials (County judges included). If this is not you then disregard. You know who you are."