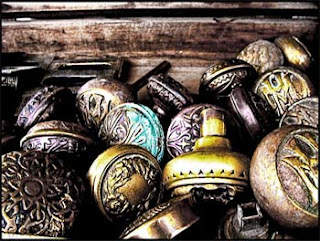 Times are tough but the elderlaw practice must be flourishing. Mayor Boles has told friends that he recently spent 2000 dollars replacing doorknobs on eight doors of his home.
Joe also writes in the latest edition of Old City Life, of his new Temper-Pedic tm ,top of the line 2099 dollar (retail) California King tm mattress. New marriage , new mattress we suppose. He writes"Man, does it feel good!" Heck, that's worth a couple of pillows thrown in. The guys down at Mattress Firm have probably laminated the endorsement page.
This might explain why the mayor keeps flashing his Zephyrhills tm water bottle at the Commission meetings as if to say, "I think that it's time for a refreshing Zepherhills tm break" Just where are you getting your bottled water Mr. Mayor? Product placement at grassroots level. This is an idea for a revenue stream for the city. Not so funny, huh?
Posted by Karl at 11:08 AM