What Brought This On? 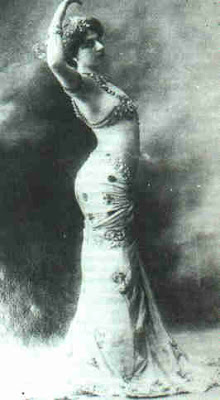 The City Commission recently decided to take "preemptive measures" and formulate ordinances that would make it difficult for "adult businesses" to open here in the nation's oldest city. It's fun to imagine how this idea came about.

Commissioner :"Aah, what a nice day it is here in our beautiful City of St. Augustine. Don't you think ?

Citizen: "You bet it is. I love our little ancient city."

Commissioner: "Do you know what we really need in this community? "

Citizen: "You bet! I was thinking the same thing. A titty bar! That drive to Jacksonville and back is a killer."

Commissioner: "Uh... What!? No! I was going to say that we need an affordable health care clinic for God's sake!"


Commissioner: Thinking 'I gotta introduce some preemptive measure at the next city council. Where's the phone number of that Kahn guy."

Citizen: "I think that I know some guy's that might be interested. That Fusion Club has been up for sale for quite awhile. We can Call it Club Lascivo.

A s it is now, citizens are up in arms saying that the city commissioners are creating a "red light" zone. Back pedalling and "No ! No ! We didn't mean that.....!" is taking place. A map of permitted areas published in this mornings paper will no doubt stir up those living in or near the zones marked in an unfortunate red color.

Commissioners, just drop the whole thing. The outside counsel Michael Kahn has cashed his check. Stop drawing attention to this thing or you will have Larry Flynt here opening one of his clubs just to spite us. This would put us free speech advocates in a bind. we would be forced to defend sleaze and raunch. Just back away and no one will get hurt. The restrictive rules (other than zones, things like signage, no alcohol, no touching, no complete nudity, no hanky panky etc.), though we haven't read them , may be enough to prevent an adult club investor from considering the nation's oldest City.
Posted by Karl at 3:54 PM