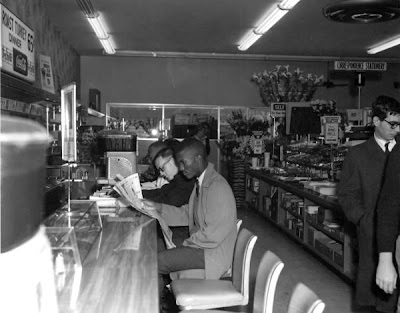 On March 15, 1960 6 students from Florida Memorial staged a sit-in at Woolworths on King Street next to the Plaza. On the third day students were hit with clubs, fists, and chains. The door had been locked so that the police could not enter.
History is not always pretty but it is an unfolding story of courage and perseverance. The efforts of a number in our community have resulted in historical markers being placed at significant sites in the 60's battle for civil rights. Read Here and Here
Posted by Karl at 5:50 PM