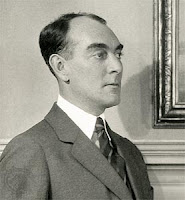 In 1916 humorist Lardner wrote about a trip to St. Augustine in Gullible's Travels. The humor holds up don't you think