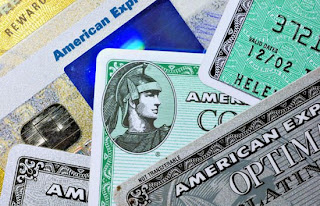 American Express Cardholder Division recently announced that their poll showed that 87% of the respondents based their vacation destinations on their personal interests.*

The top 10 vacationer interests were as follows:

The press release did not indicate that this was a preferential order so we'll set aside our opinion on that. After the poll was completed the folks at Amex named 10 "surprising" destinations to go with each category, two of which were in the United States.St. Augustine Florida was named in the history category , accompanying a quote “Not many history buffs would consider St.Augustine, Florida their ultimate destination".

Now hold on here, American Express did not say this.....they said that our city would be a nice destination for those who liked history. They also wrote that Virginia's wine country is a destination for wine lovers(not California ,France or even Chile). Sports....here's their destination.........United Arab Emirates...What? .....Yes ,the pollsters decided that ...and we are serious........Camel Racing would be of interest to those vacationers interested in sports. The list goes on as follows:

Read that list again. Is this some kind of joke from the hip young travel writers at American Express? Was it a situation where they held a meeting and said "We've got this poll that we do not believe for a minute so let's put some outrageous destinations to these silly responses. Hey...put down Madagascar under Fitness and Exercise ( Lemur chasing at 11 0'clock ) and go from there."

We do not feel that St. Augustine belongs on their ridiculous list and no do not find it surprising that someone interested in history would consider St. Augustine as a destination.

* We wonder what the other 13% based their vacation so if not their personal preferences. Our guess is : Whatever the wife and kids decide.
Posted by Karl at 10:54 AM No comments: 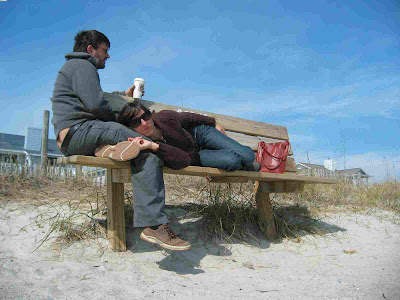 We received an email today from two old friends
Sculptor Paul VanNess currently in Key West
Hey Everybody,
I just spoke at a city council meeting which was focused on raising the performers and vendors fees from $100 to $250 and removing them from all historic areas in Key West except for residential areas which would be worse than the placing artists in the park in St. Augustine. There was an unbelievable turn out of speakers. Out of the six council members there was only one who believed that the artisis should be removed from Duval Street. The council had met with store owners without artists present to write this legislation. He said we should try going to St. Augustine and do our art because it is not allowed there. I spoke of Bery vs. New York and Savannah, GA artists ( the ACLU stepped in to demand retro active payment of illegal permit fees.) as well as your case in St. Augustine where all artists were awarded retroactive permit fees which amounted to several thousand dollars for many artists. It was televised and many viewed it. These people are completely committed to getting arrested but would rather have the system remain as it currently is. Five of the council members opposed removing artists.

The basis of removing artists was public safety. Many artists and performers stated that there has never been an injury related to the artists ever. No one spoke of any inury as well. It is still on the table currently. Any suggestions for what we should do before the next meeting a month from now? Things are not looking too gloomy just yet.

How is your case on St. George street coming along? By the way the turn out was not just artists and performers. There were store owners in support of performers. One member of the council said he would love it if Silverman set up in front of his store on Duval Street. There were many ordinary citizens old and young that spoke in support of the charm of artists of all kinds. Peace,
Paul VanNess
Posted by Karl at 5:44 PM 2 comments:

One of Karl's favorite celebrities is Triumph the Insult Comic Dog. Here's a clip from Triumph's trip to the Republican National Convention in St. Paul.