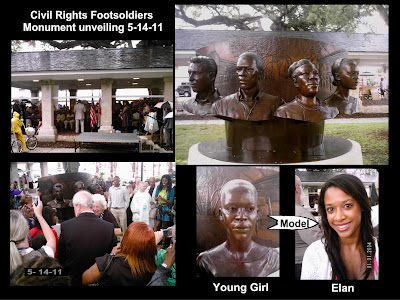 Though it was an overly broad, sweeping statement, Mayor Boles' sentiment is well intentioned. On Saturday, in the Plaza we had the unveiling of sculptor Brian Owens' work commemorating the citizens of St. Augustine who non violently stood up to the jeering racist crowds in the difficult summer of 1964. The bronze in the Plaza is a beautiful tribute to those "ordinary citizens".
Posted by Karl at 10:17 AM 1 comment: