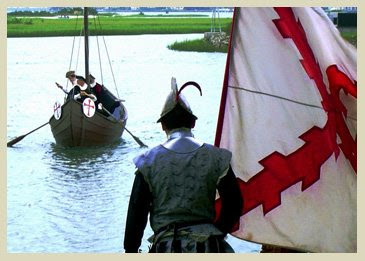 Pedro Menéndez de Avilés was a ruthless and fanatical man but also a daring commander. In the summer of 1565, he led a fleet to Florida's Atlantic coast, making his base at an inlet he discovered on Aug. 28 -- the feast day of St. Augustine. Menéndez gave the theologian's name to the encampment, which would become the longest continuously inhabited European settlement in America.
Menéndez sailed from St. Augustine in search of the French settlement at Fort Caroline near todays Jacksonville, coming upon it just as French reinforcements arrived by sea. He withdrew, but the French flotilla followed -- unwisely, as it turned out, because Menéndez and his men made it safely home just as a hurricane roared into the region, destroying the French ships. Seizing his opportunity, Menéndez pushed his men on a hellish march through swamps and torrents of rain to storm the undermanned Fort Caroline. He massacred almost all of the "Lutheran heretics" there before heading back to St. Augustine. Next Menendez turned his European conquest toward the "depradations" of the "savage" natives.
Our history is replete with "hero/devils". It is what it is.
Posted by Karl at 11:09 AM 1 comment: 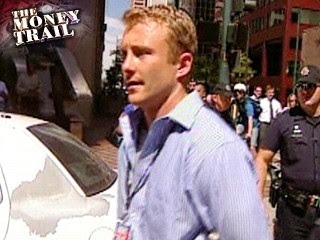 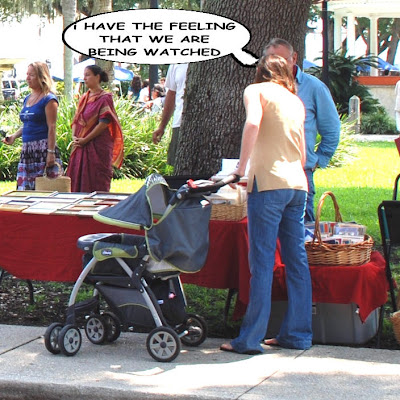 The City of St. Augustine Florida recognizes the Constitutional right of artist's displays in the United States' oldest public park. Yet contrary to this and ignoring existing Federal Court decisions,they use the bogus excuse that artist's may not offer their works for sale claiming that the artists create congestion and adversly affect public heath and safety. 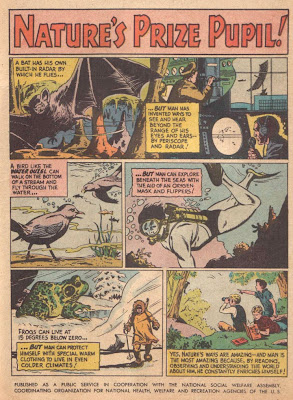 This is art? Who's to say? This old ad was at the bottom of a box in an dusty warehouse that one of our artists has converted into an art studio. A few pages of an Archie comic (circa mid 60's) were loosely attached (some story line concerning secondary character, thick necked Moose and his girlfriend Midge)

This ad is incredible. Read it (clock on) and see if you got the same message that we did.

Who says nature is so great?! ...........Man can overcome all obstacles, dominion over the creatures and all that stuff. Frogs? pffft! We can just order Timberline outerwear ...they can't. Yes kids....Man is truly amazing.

O ur research shows us that these "Public Service Advertisements" were published in comic books by the United States Youth Council, a branch of The National Social Welfare Agency. In 1967, The New York Times revealed that the CIA had supplied 90 percent of the organization's funds, and was surreptitiously controlling its agenda. Presidents and vice-presidents of USYC were aware of the source of the funds: They were given a top-secret security clearance by the CIA and required to sign a 20-year confidentiality agreement to keep the intelligence agency's involvement a secret.

update: In 2007, Archie Andrews (age 61) was living over his aging parents garage needling them to increase his weekly allowance. His last job as telemarketer was outsourced to India. Strangely, he and Jughead share a blog where they pretend to still be in high school. You can also order Betty or Veronica busts.( no comment)

Deja Vu All Over Again 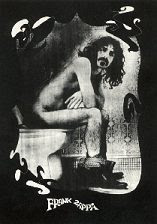 Aging boomers remember inventive musician, composer Frank Zappa 1940 –1993 (and The Mothers of Invention) as an erudite defender of free speech.(Senate testimony 1985) Twenty one years ago Frank put on a tie and a black suit lookin like a Mormon pirate and bravely went down to the Crossfire studios in Washington D.C. to debate proposed government censorship.
We stumbled upon the 1986 video and a recent blogger rant against the "sick and perverted" Frank Zappa. Here are good Christian people who believe that we here in 2008, "should exhume his body and burn it in a dumpster".We think that Zappa was making valid points against these condescending "suits" who were almost "frothing" at Zappa's licentiousness and immorality. Zappa who condemned drug use and set up voter registration booths at his concerts was what we might call a "liberal conservative". Watch the old guys go nuts when Zappa warns of encroaching government totalitarianism. Frankly.....we doubt that with the mindset today ......he would never get on the air. Watch this here. Make a comment below if you like.
Where are today's John Lennons and Frank Zappas? We Miss you George Carlin. Bill Maher has potential. Lewis Black.............no....not so much.
Learn more about Zappa and his amazing talents
Update: (Unsubstantiated) Bobby Goldsboro who wrote "nice" songs that these guys would approve reportedly had a past run in with authorities over _______ (Oh no! Scotty?).
Posted by Karl at 3:57 AM 1 comment: 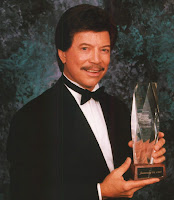 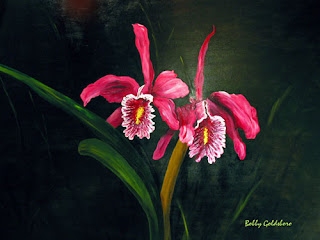 Singer Bobby Goldsboro and his painting "Orchid"
A local gallery had recently had a showing of Bobby Goldsboro's prints and paintings .Exhibits with celebrity artists have always been a good marketing tool. You can expect visitors who ordinarily would not come to your gallery. You can also usually expect exorbitant prices that would lead you to believe that you are acquiring a masterwork that will be a family heirloom and asset for years to come. Some are so enthralled with "celebrity" that they will part with thousands of dollars for a mediocre painting by an entertainer who has long since faded back into obscurity.
A press release for Goldsboro states, "Bobby Goldsboro’s music has always stirred the emotions. now, his paintings are doing the same".
For some of us we fervently hope that the emotions evoked by his song "Honey" NOT be resurrected. The lyrics mention a "not there" Honey ,who was "kinda dumb and kinda smart". The condescending narrator laughs at her for planting a tree and then "laughed till he cried" when she "slipped and almost hurt herself". He gives her a puppy for Christmas and then complains that it" kept him up"all night. Honey would continually cry needlessly (over something silly, he said) in the middle of the day and at night when he got off the late shift. What about when she wrecked the car and was afraid that he'd be mad? He was pissed... he's now saying' that he was only pretending (gotta keep up the bully act, right.) And then, just like that,with no warning, when he says that he wasn't home....in his words......"the angels came" He emphasises that she was ALONE.
Well pal , I think that the police might have some questions for you down at the station. Is that fresh dirt below the tree there? You had a habit of coming home unexpectedly. Why is that? Ok, maybe she slipped again and hurt herself really bad . After laughing at her like you usually do, you noticed that she was out cold, that she might have a serious concussion and then, as you say, the "angels came." It's understandable.......you panicked and weren't thinkin' clearly. Or maybe you were upset that she wrecked the car again? Is that your shovel over there? Yeah sure, we know...yer bein' good , you told us , but we're callin' the cops. Enough with the tree!....We see it ....yeah sure, ....it used to be small . What happened to the puppy?

Goldsboro, who first picked up a brush three years ago asks around 6000 dollars and his 8x10 prints are 300 dollars. He lives near Ocala.
Posted by Karl at 1:17 PM 4 comments: 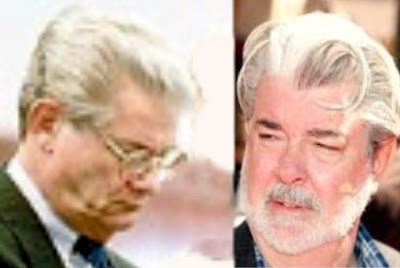 From The Studio To The Street 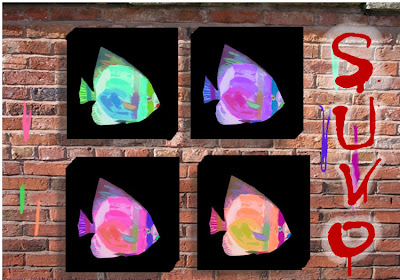 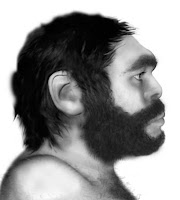 "As a young man I was very involved in rock and roll,......all my talents are in hockey and boxing. I hope this gives you a little of my back round (sic) as far as the arts go."

"Nobody likes anybody who sues the city." 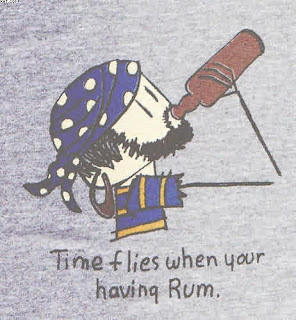 
Dr. Bill Adams , Director of the City of St. Augustine's Department of Heritage Tourism, in his opinion that the artists detracted from the historic surroundings of the Plaza. Nov, 13 2007 , Special City Commission meeting. ........Fact: The Woolworth building was built in 1959. It is now completely fronted on the sidewalk with racks of 3 for $10 T shirts and a life sized epoxy pirate.
.
"Oh Yeah, I forgot." Adams response to the above when it was pointed out after this "special meeting" prohibiting artists.
Posted by Karl at 9:28 AM 3 comments: