Homeless in the Ancient City 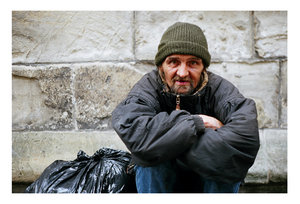 A quote from City Commissioner Errol Jones, St. Augustine City Commission. Mr. Jones is a social worker with the St. Johns County School District and an adjunct professor of sociology at Bethune-Cookman College.


Mr. Jones apparently does not grasp the concept of "homeless"

During a recent City Council meeting a discussion of "the downtown homeless" brought out a number of citizens with their anecdotes on the aggravation of seeing the homeless in the Plaza. Tim Burchfield, Chief Administrative Officer spent most of the time reading USA Today. City Commissioner Susan Burk was attentive but the gum chewing seemed out of place, particularly since the meetings are televised.

Let's give them a chance to come up with some "bandaid" solutions to a societal problem. Anything can help. During the discussion the phrase ,"Let's not reinvent the wheel" was heard three times from two commissioners. Ok fellas let's not come up innovative or progressive programs that might enhance the quality of life for all citizens. Shelved for further discussion.
Posted by Karl at 8:57 AM No comments: 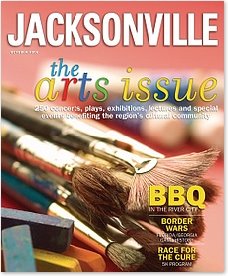 No Time right now . Read this at the newsstand. Do not buy it.Try to find an arts article. There are none. Our comments later.
Posted by Karl at 2:35 PM No comments:

You would see him trudging down King Street with his easel, and a few canvasses tucked precariously under his arms. His name was Dan. His fashion sense was flawed by most standards. Sometimes he would wear a madras plaid shirt with a creased rep striped tie. He would stop, frequently winded after every few hundred feet, on the way to the Cathedral’s side yard where he had permission to sell his artwork after artists were banished from St. George Street. His prints would be leaned against the pedestal of Father Camps, where he would work on his latest painting. When asked why he didn’t display and sell in the Plaza he said, “I don’t do business with the City”, referencing the city’s twenty-five dollar weekly license. He loved word games and puns and was always ready with a joke. Dan was a competent artist of street scenes and landscapes. Finances were always precarious but he loved the process of pigments to canvas. He was doing what he loved. Lately he had been even more short of breath and his breathing was labored. Dan was feeling the effects of 74 years. Coffee shops were his favorite haunts. He could be seen frequently sketching at Mystic Bean and the Barnes and Noble Starbucks. Always happy to see an acquaintance, Dan would invite them to sit and chat and tell them his latest (usually very corny) pun or joke.

Last week, after many years in St.Augustine, Dan sold his old Nissan Sentra, and all of his paintings (for a pittance of their worth) .He boarded a plane bound for Seattle where his divorced son lives. He’s hoping to help his son in his new venture, an auto mechanic shop. After twenty years in St. Augustine he was “looking for a change”. He put on a brave face describing the move as a new adventure but you could sense some fear of an unknown future that awaits him. He wants to be a real grandfather and teach his granddaughter how to look at things from an artist’s point of view.

I had only met him recently and regret that he will be leaving. I cannot recall his last name. He was a street artist of the old school. His paintings could end up in garage sales or they can end up in serious collections. Dan wasn’t a person of any consequence by City Hall standards. That is the nature of these things. St. Augustine city officials seem to regard street artists as nuisances. Those who acquired Dan’s art were not buying a decorator piece from a franchised gallery whose only connection to the artist is a slickly produced brochure. Dan’s collectors will remember a warm, funny old guy in a coffee stained shirt and a well-worn easel. Dan was as much a part of the St. Augustine street scene as the City Gate. Seattle now has Dan and I’m certain that he’ll find a coffee shop there (no kidding…ya think?). He will find friends there because that’s the way he is.
Posted by Karl at 10:03 AM 1 comment: