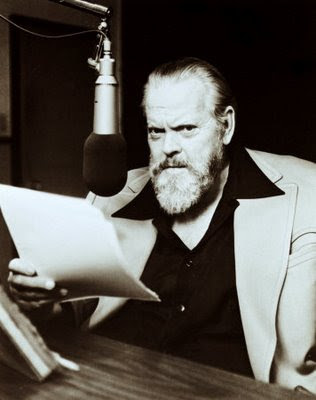 We have received an email from Hollywood screenwriter Joseph C. Cavella giving us insight into his film Freedom River.

"Freedom River is getting way more attention now than it did when I wrote the screenplay. Here’s how the film came to life. Over several of years, Bosustow Films, a small studio I occasionally wrote films for, had asked Orson Welles, then living in Paris, to narrate one of their films. He never responded. When I finished the Freedom River script, we sent it to him together with a portable reel to reel tape recorder and a sizable check and crossed our fingers.He either was desperate for money or (I would rather believe) something in it touched him because two weeks later we got the reel back with the narration word for word and we were on our way."

Welles, as an independent director/producer, was continually on the margins of the industry. Insiders say that in 1968 he ran afoul of the Nixon White House for narrating a political satire critical of the president.The I.R.S.(reputedly under White House orders) seized his production funds causing severe financial difficulties. He was an exacting filmmaker and the financial difficulties remained throughout his lifetime. Voice overs and cameo roles in other directors film
s maintained him. ( do you remember the Dean Martin Roasts or the Gallo Wine commercials?)
For years J. Edgar Hoover's F.B.I. extensively shadowed and monitored Welles after William Randolph Hearst exerted his influence to suppress Welles' films feeling that Citizen Kane was a smear against him.
It is understandable then, that he is quoted as saying that he had more freedom both personally and artistically when he lived and worked in Europe. These remarks led our government to label him a communist and "anti American". Such was the mindset of a good number of Americans in those days.
Let us say that we consider Welles to be distinctly and honorably American. Throughout his career he fought for personal and artistic freedom sometimes exacting a heavy toll.
Posted by Karl at 7:44 AM