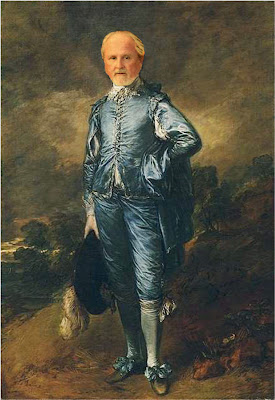 , we 're not kidding. This costume by Gainesboro is similar to St. Augustine Mayor Joe Boles' dress for "The Night of Lights" which has increasingly become the Mayor's own show. (Never mind that it is the low paid city employees who crawl through the trees hanging the two million lights) The Mayor and his Lady Jane will stand with other local luminaries above the crowd on the Governor's House balcony. His Excellency will bestow his good wishes to the common citizenry before escorting his entourage 100 yards to the Lightner Museum for a 300 dollar a couple dinner at the Lightner Museum. All funds (after considerable expenses) go towards removing the homeless from downtown.

Poor Joe, he seems to waver between the "good ole boy" act and posh Volvo drivin' metro sophisticate. All things to all people eh? When these kinds of attempts at acting are made, it usually comes off as ludicrous.

In his recent "Old City Life"magazine article, Mr. Mayor wrote about his personal significance with the number four. ( We suppose a monthly article can tax your imagination, coming up with stories).

Mr. Mayor....you forgot, in that article, to mention what City Attorney Brown calls "The Four Horsemen", Printers, Painters, Sculptors and Photographers. Would the taxpayers think that the $100, 000 spent on a lost Federal lawsuit insignificant? The citys illegal end run with lottery,licence fees and unduly restricted spaces will be met with more resistence.
Posted by Karl at 8:23 PM