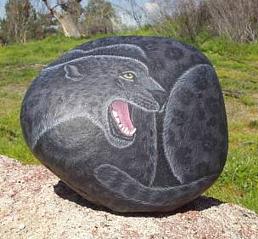 It is a no-brainer that law enforcement officials should apply common sense in enforcing the laws of the state of New York. Sadly, that is not always the case. A classic case in point is the matter of the People of the State of New York against Silva-Almodovar.

In a decision published in the New York Law Journal on May 4, 2010, Criminal Court Judge Matthew Sciarrino noted that excepting written materials, the New York Vendors Law prohibits the retail sale of non-food goods and other services on public streets without first obtaining a license.

Taking this case and running with it, the presiding judge hypothocated that one may only wonder if there is any constitutional protection (federal or state) with respect to the freedom of either artistic expression or visual art with respect to the sale of painted rocks. The First Amendment to the United States Constitution protects more than merely written or spoken words as mediums of expression. Also protected are pictures, films, paintings, drawings, engravings, and sculptures. The judge also noted that the New York State Constitution is even more protective of free expression than the United States Constitution.

The prosecution relied on a case entitled Al-Amir v. City of New York. There, the defendants claimed First Amendment protection with respect to the sale of perfume oils and incense in connection with proselytizing messages about Islam. The Al-Amir court held that the defendants were not entitled to First Amendment protections as neither vials of perfume oil nor sticks of incense had any inherently communicative element. The prosecution further argued that the rocks sold by Silva-Almodovar did not convey any emotions or ideas, there were just plain old rocks.

Judge Sciarrino quoted a prior case that held that "[v]isual art is wide ranging in its depiction of ideas, concepts, and emotions… a primitive but effective way of communicating ideas." Judge Sciarrino pointed out that in a 2008 case, People v. Chen Lee, a judge found that a defendant arrested for selling coasters bearing photographs (not taken by the defendant) of New York City landmarks and dead celebrities was protected by the First Amendment since the coasters were not suitable for use as coasters or any other practical purpose, and that their purpose was "exclusively expressive."

We suggest that the courts of our great state have more important things to deal with than the sale of painted rocks.