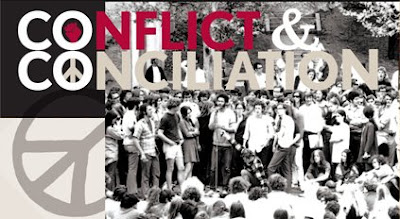 In May, Federal Judge Marcia Morales Howard issued a temporary injunction against the enforcement of a City of St. Augustine ordinance prohibiting art vendors from displaying and selling art (prints, paintings, sculptures and photographs) in the historic districts of the city.

The final court date set to make the injunction permanent, (if we artists are once again successful) is set for March 2010. Temporary injunctions are issued when:

Judge Howard felt that the artists arguments were valid.

We have heard words from Mayor Boles and the City Manager Harris that.
"We will just rewrite another ordinance to prohibit the artists" This is not the language of conciliation.

The taxpayers of this city of 13, 000 must now deal with close to a 100,000 dollar legal bill for an unsuccessful attempt to usurp the artist's rights. That's a small amount to city administrators but that's 250 % more than the average household income. It is time that the city stop paying taxpayer money for the legal bills of a few businessmen who want control. The city should save time and money NOW.

The city must decide to do one of the following:

Accept the injunction as permanent ,where it is enforced only against non constitutional vendors (sunglasses, jewelry, merchandise) No new ordinance needed ,as the current one serves the purpose.
or
A new ordinance may be written delineating specific and reasonable time place and manner restrictions. Reasonable, meaning.....there must be a valid reason for a restriction. Safety etc.
or
Continue the court battle ,incurring more fees, resulting perhaps in a decision that has already been made. United States Court of Appeals for the Ninth Circuit and UNITED STATES COURT OF APPEALS FOR THE SECOND CIRCUIT This has proven costly for the non prevailing party , the respective city administrations.

It is time. to put aside differences and work to come to a common understanding. At the last Commission meeting Commissioner Nancy Sikes Klein asked if we could have input from the artists and City Manager Harris brusquely dismissed her saying, "That won't work".

Commissioners.......Try us...we are not opposed to reasonable time place and manner restrictions. Count us in on any discussions.