No Private Sidewalks in St. Pete 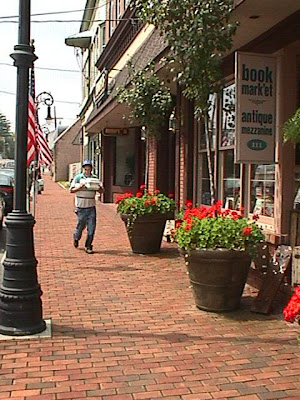 On October 1st, the St. Petersburg City Council voted against a plan to privatize the public sidewalk in front of the BayWalk downtown shopping center, marking a victory for civil liberties advocates who have worked to protect the time-honored right to free speech in the town square.

Part of the proposed "City of St. Petersburg BayWalk Revitalization Plan," the donation of the sidewalk to the owner of the complex was intended to allow management to exclude people who engage in First Amendment activities such as free assembly and free speech. In August, the ACLU of Florida wrote a letter to Mayor Rick Baker and City Council Chair Jeff Danner, urging them to oppose the proposed donation, pointing out that it would not only be against the best interests of citizens, but it would not accomplish the stated goal of excluding people who use the sidewalk for expressive purposes because of constitutional precedent making city sidewalks traditional public forums.

Showing that the public was not behind the proposal, over 150 people attended Thursday's City Council meeting to voice their opposition to giving away public property and stifling St. Petersburg residents' free speech rights. "We are very happy that the council rejected the idea that the First Amendment is bad for business," said ACLU of Florida Senior Attorney and Religious Freedom Project Director Glenn Katon. "Free speech is far too precious to give away in order to try to drum up business at a struggling shopping center. There are plenty of things the City can do to improve the BayWalk area without trampling on the Constitution."

The decision came at the conclusion of almost four hours of public commentary by local citizens, proving the efforts of residents to protect their constitutional rights can pay off. As the largest civil liberties organization in the state, the ACLU opposed the plan for both practical and legal reasons and strongly supported local residents in their resistance against this proposal. Among those who spoke eloquently against the proposal were Pinellas chapter members Ray Arsenault, Mark Kamleiter, Dwight Lawton, and Nigel Watson.

Not everyone was in support of the ACLU's position. A St. Petersburg Times column after the vote advocated for business interests and against the Constitution, stating: "When BayWalk is boarded up and completes its transformation from downtown St. Petersburg's jewel to its biggest eyesore, we will know whom to blame," referring to the four Council members who voted against the sidewalk giveaway.

"It is just plain wrong to assume that BayWalk's woes are due to a few protestors who have used the area to voice their opinion over the years." added Katon. The worst economic crisis of the last 50 years and acknowledged mismanagement of the complex are the more likely culprits. In fact, there were about a dozen protests at BayWalk in 2009 and only a couple during 2009. "Free speech is not what is hampering the success of BayWalk. There haven't been protests for some time and yet the shopping complex is not bustling with shoppers," Katon noted.