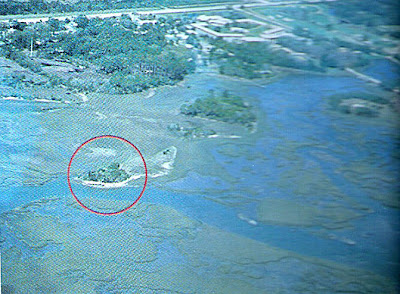 The Second Fort Mose 1752 -1763
Enough politics.Here is a little lesser known history from our the nation´s oldest city. Fort Mose, or "Gracia Real de Santa Teresa de Mose",was North America's first free legally sanctioned Black community. Fort Mose (pronounced moe-say) was located two miles north of the Castillo de San Marcos near the marsh on Mose Creek, a tributary of the Tolomato River which flows south into Matanzas Bay. Trails from St. Augustine heading north and west passed near the fort. With these waterways and trails so near, this outpost was of strategic importance to the Spanish military. In exchange for the land, the black militia would help protect the northern approaches to St. Augustine.Read More Here
Posted by Karl at 8:28 PM