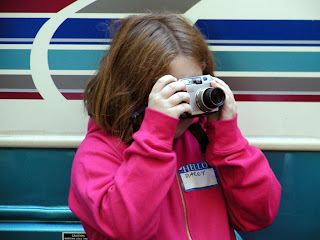 N.Y.C. Agrees to Rewrite Proposed Rules on PhotographyPermits
"New York City and their laws are different than down here in St. Augustine. They also have many more artists than we do." Commissioner Gardner to a street artist. Yes Commissioner, we did some research and you are correct.

Responding to an outcry that included a passionate Internet campaign, N.Y.C. officials yesterday backed off proposed new rules that could have forced tourists taking snapshots in TimesSquare and filmmakers capturing that only-in-New-York street scene to obtain permits and $1 million in liability insurance.

New Yorkers are able to move quickly and creatively to push back when the city government clamps down and represses free speech. Sadly, here in St. Augustine we have those who remain silent even among the so called "art community". Here is an email we received from a fellow artist in the community. We did not publish the artists' name


If the "Keep Off The Grass" is considered, except for concerts and special events, how do the "artist"(sic) fit in this picture. It is a right that is for everyone to enjoy as long as they govern themselves. I am moving from the community in a few weeks, and may return in late fall, but if everyone (that is) out there now need(s) to govern themselves better. YOU DON'T OWN THE PLAZA!!!
Your worst enemy
(Name Withheld)

Good mood response....... Ok , yes we should"govern"ourselves better. This is a good philosophy. Any suggestions would be appreciated. Please.....you are not our enemy.

American Heritage Dictionary
gov·ern (gŭv'ərn)
To make and administer the public policy, To control the speed or magnitude of, To control the actions or behavior of, To keep under control.