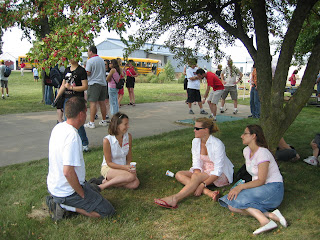 Here is an ordinance that is still on the books here in St. Augustine. This remnant of the 60's was an effective and illegal tool to prevent Dr. King, Jackie Robinson , William Kunstler, Andrew Young and other "outside agitators" from holding civil rights demonstrations in the Plaza. The City continues to violate the laws when it harasses artists and forces them to pack up their easel and artwork or face jail.

Sec. 22-4. Parks; holding public meetings.
It shall be unlawful for any person to hold any public meeting of any character whatsoever in any of the parks of the city without permission of the city manager. (italics are ours)

We have requested agenda time at a City Commission meeting to present a draft of a Constitutionally viable City ordinance that does not have a chilling effect upon the free speech of visual artists.

Initially we were told by the City Manager's office that we must request in writing and it will be placed on the agenda "at the discretion of the City Manager". We wrote and Sandy Schroeder at the City office replied that it must be "sponsored" by a City Commissioner. We have sent a draft of our agenda to each Commissioner and have yet to receive a response. The closest thing that might be a reply is that we were told by an elected City official that we can expect no response.

The Bill of Rights
Amendment I
Congress shall make no law respecting an establishment of religion, or prohibiting the free exercise thereof; or abridging the freedom of speech, or of the press; or the right of the people peaceably to assemble, and to petition the government for a redress of grievances.

We have heard, more than once from City functionaries that "these Federal Laws apply to a different Circuit Court". We ask, Did not the "War Between The States" settle this question at a terrible price?
Posted by Karl at 10:45 AM