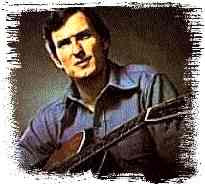 Gamble Rogers said "The stories I tell are all true except the few that are obviously whims "Each and every one of the characters in my stories started out representing a specific person. The characters may tend to be outlandish," he admitted, "but their statements resonate with a certain amount of horse sense." This weekend is the 12th annual Gamble Rogers Folk Festival Link here

Listen to a little of Rogers' genius by linking HERE

ART & MONEY
Correction : In this entry it was said that the nepotistic public art mosaic at the Visitor's Information Center had shown evidence that the tiles were popping out. Talking with other city employees we could not verify this with another party so we must retract and consider our source dodgy. Nevertheless ,it is still a beautiful job but we gotta note that the financial details are very murky particularly the future money generated from the image. Guess who gets only 1.4 cents for every retail dollar? Yes, the artist gets the revenue of 98.6 cents on the dollar for postcards , music boxes, prints etc.
On 7-15-06 at the Architectural Review Board, City Chief Operating Officer John Regan noted that the Parking Garage cost estimation was $16.5 million dollars. He stated that staff would inform the City Commission regarding the Historical Architectural Review Board members’ desire for artwork. He noted that ½ of 1 percent would be $80,000.00 in terms of public artwork.
Where is the Art? Did this go any further? Who swallowed the 80K?
Posted by Karl at 10:13 AM