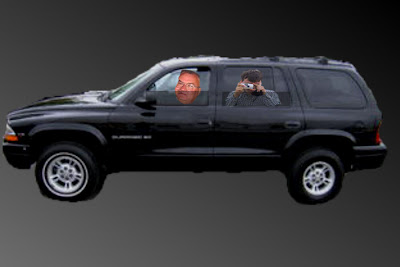 The S.A.P.D. are most likely disgusted with the job of surveilling (word?) artists on the street. They might ask themselves "Is this why I went into law enforcement?".

Never let it be said that City Manager Bill Harriss won't take on the dirty jobs himself. Yesterday Harriss and an underling were spotted in a black S.U.V. with a fellow in the back seat taking photos of artists set up in a "legal" area. This was reported to us by a painter and a photographer (who somehow didn't think to take his own photos) Fellow artists.....keep your cameras handy and your voice recorders ready. If you do not have these things documented.........it didn't happen.

A friend of ours from Paraguay said that these things happened in his country during the Stroessner regime. He was aghast that this happens here.

A cynic is simply a disappointed idealist.