Looking The Other Way 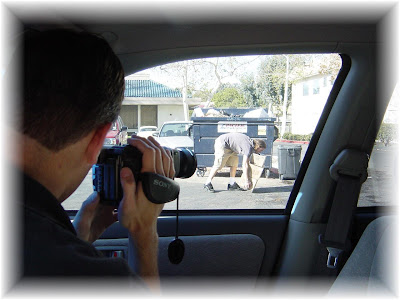 St. Augustine City Police uses male and female undercover operatives to get the artists to actually quote a price for their work and then they issue a $100 fine and sometimes jail.

In contrast, the St. John's County Sheriff's Office use their resources to actually CATCH CRIMINALS ! Here is the story of an alleged bad step - father and his unfortunate son.

If these guys are guilty, it is possible that they offloaded their multitude of stolen goods at their residence right on St. George Street about 200 feet from the surveillance of the artists. ( Read correction in comments) Now I'm not a police dog and yeah, I'm second guessing, but the photo above illustrates how it would've looked to Officer Tyus the beat cop and the crew watching he artists.
Posted by Karl at 9:56 AM